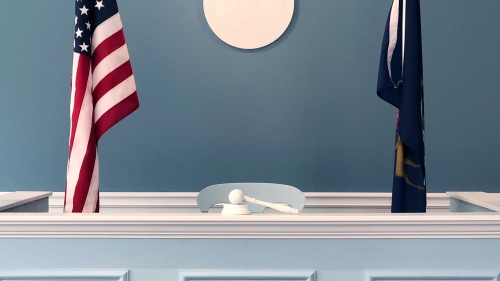 In August of 2014 a film crew stumbled across a century-old bureaucratic archive of the main men’s prison in Quito, Ecuador.  Roof-high stacks of paperwork crammed into a nineteenth-century vault. This decaying archive recorded the daily institutional life of Ecuador’s oldest penitentiary, Centro de Rehabiltacion de Varones, Numero Uno Quito (CRSVQ1); originally titled Penal Garcia Moreno after the President who oversaw its construction between 1869 and 1874. El Panóptico Ciego (Blind Panopticon) documents an extensive array of official records hoarded during 139 years of prison functioning, countless everyday items left behind by prisoners transferred without notice also became part of this archive, and the prison itself came to constitute an archive of events inscribed on its walls.

Followed by a Q&A with Jorge Nuñez.

This program is part of the conference “Behind Walls, Beyond Discipline: Science, Technology, and the Carceral State,” and presented at UMMA in connection with the project Witness Lab, an installation project by Roman J. Witt Artist-in-Residence Courtney McClellan, on view February 15 – May 17, 2020 at UMMA.

Witness Lab is presented in partnership with the Roman J. Witt Artist in Residence Program of the Penny W. Stamps School of Art & Design, with lead support provided by the University of Michigan Law School and Office of the Provost.